Skip to main content
It looks like you're using Internet Explorer 11 or older. This website works best with modern browsers such as the latest versions of Chrome, Firefox, Safari, and Edge. If you continue with this browser, you may see unexpected results.

Resources on the Micro:bit, a pocket-size computer

What is the Micro:Bit

The Micro:Bit is a tiny programmable computer, designed to make learning and teaching easy and fun!

The BBC launched the Micro:Bit single-board microcontroller back in 2015 as an education tool for kids in an effort to get them actively involved in writing software and project development.

The micro:bit comes with a large variety of built-in features, such as:

The micro:bit allows anyone to simply pick it up, plug it into a computer and start creating with it right away. It is designed to be a starting point to spark children's interest in coding so they can move on to other more complex do-it-yourself electronic devices such as Arduino and Raspberry Pi in the future.

The micro:bit can also connect with a variety of sensors, motors and other micro:bits. This extends the use of the micro:bit to build more complex projects and gives children more ways of expressing their creativity.

Features of a Micro:bit 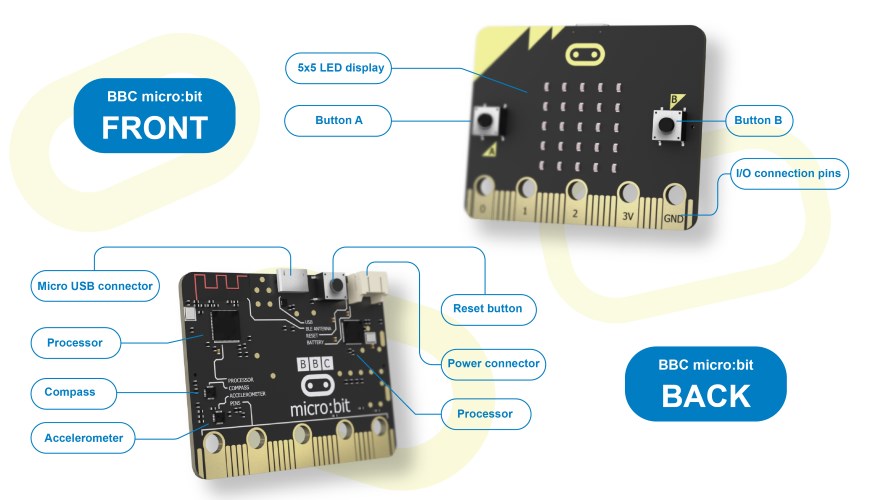